The BAY AREA Chinese Genealogy Group is no more.

We are now bigger than the Bay Area! Our *first* ever webinar was sold out for David Lei’s Chinese Family Association presentation. We had attendees logging in from the far flung corners of Hawaii to New York, and all points in-between including Southern California, the Family History Center in Salt Lake City, Idaho, NYC, New Hampshire and beyond.

Not only do I wish to thank David Lei for his support in his third presentation with BACGG, but to the Webinar Task Force Team, spearheaded by Will Lee. Will was the webinar guiding hand for all the back office magic pulling levers, dialing knobs and yanking the strings to make my mouth move. Will assisted in not only with technical skills, but creatively with webinar and music direction. With additional steady hands from Alvin Huie, Bruce Chin and myself, this inaugural webinar became a reality. Quite a feat considering we all started with zero Zoom knowledge. Good job Will. Good job guys.

Many of you asked for a double dose of David. Available now are an audio podcast, streaming video of all three segments and a PDF of the webinar: Family Associations, District Associations, Six Companies and Tongs: Explained.

Survey – Help Us Plan the Next Webinar https://docs.google.com/forms/d/1OLFKqQQgujDlhmi4tAdDOXGoimbP7l2rU4RrxEdTKTI/edit

In case you wish to read up on the institutions in Chinatown, below are two great online sources.

If you have questions of David Lei, please post them in the comments section and he will address any outstanding questions, or email him directly at david@leifamily.com

Be well. Be Safe

Panelist: Coby Yee, dancer, and owner of the Forbidden City

If you wish an invitation to this webinar, please contact Gail Chong, at gailchong1970@gmail.com

This webinar explores a little known, but exciting topic, in Chinese-American history: Chinese-American nightclubs.  In particular, the presentation will focus on the nightclubs owned by a well-known herbalist, Fong Wan of Oakland, and how he eventually turned a bankrupt restaurant into a first-class nightclub.  Many of the performers (singers, dancers, magicians, acrobats, comedians, etc) were Chinese with headliner names; like, the “Chinese Frank Sinatra,” or the “Chinese Ginger Rogers.”  Many performers were 2nd generation Asians coming out of the Great Depression and who loved entertaining but were shut out from performing live on American stage or in the movies.  The Chinese nightclubs offered a venue for them to show their many talents and opened opportunities that they could not realize otherwise.  The clubs became extremely popular during the 1940s-early 1960s and were places to see and be seen by the Hollywood elite.

Calvin was born in Oakland near Chinatown.  In the 1940s, his mother worked as a part-time, evening hostess at the Oakland nightclub.  She didn’t want to leave the young children (including me) at home,  fending for themselves; so, she brought them to the club.  The kids were told to sit way in the back or sit upstairs in the balcony—quietly. We watched the shows, drinking cherry cokes,  and were fascinated by the variety and talent of the performers.  We were especially mesmerized by the magicians and acrobats.  In-between shows, a few of the performers would occasionally “babysit” us and chat.  One of the magicians even showed us a few, simple magic tricks (that I have now completely forgotten).  In the early 1950s, our parents would sometimes take us to the Club Shanghai in San Francisco Chinatown on Friday nights.  My father would be conducting business and my mother would chat with the employees/friends in the back room or kitchen.  The only time the kids were allowed in (i.e., forced into) the kitchen was when the “exotic” dancers came on the stage….  We met many of the performers but were too young to really appreciate most of them.

In the mid-1960s, Dorothy Toy was producing an all-Asian floorshow at Andy Wong’s Chinese Skyroom, one of the most popular nightclubs in San Francisco’s Chinatown. Dorothy was in need of a substitute dancer and called Cynthia, who was only seventeen at the time. With her parents’ permission, Cynthia went on stage and began her professional career. She recalled later, “In the beginning of course everybody always said, ‘Why do you let your daughter be in show business?’ and Dorothy told my mom that she would take care of me, and she did. Because I was in Dorothy Toy’s show and my mother knew Dorothy as a personal friend, it was fine.” In 1967, Cynthia won the prestigious Miss Chinatown crown, performing a dance choreographed by Dorothy Toy.

Cynthia stayed in touch with many of the nightclub dancers through the years and she continued to dance for her own health and enjoyment. In the 1990s, she was called upon to help support fundraising for the Chinese Hospital in San Francisco. She called her old friends from the nightclubs and founded the Grant Avenue Follies, a troupe that revives the golden age of Chinese nightclubs and supports charitable organizations throughout the city. In 2005, because of the community work done by the Grant Avenue Follies, Cynthia received the Jefferson Award, a prestigious national recognition system honoring community and public service in America. She also performs in a Chinese-themed magic act with the illusionist Tamaka and is the owner of San Francisco Chinatown Ghost tours, a historical walking tour through the alleyways of Chinatown.

Known as “China’s Most Daring Dancing Doll”, Coby Yee began dancing in the 1940’s and soon became a mainstay in Asian nightclubs, particularly Charlie Low’s Forbidden City in San Francisco. She performed all over the country through the 1950’s and 1960’s, eventually buying Forbidden City in 1962 and running it until it closed in 1970. Now 94 years old, she was just awarded the 2020 Living Legend Award ,

BACGG needs a Bookkeeper. I realize this is tax season and you book keepers / accountants are up to your eyeballs in returns, but after your life settles down, can you give us just a few hours a month?

BACGG is a resilient community.  Our resilience is rooted from our China forefathers desperate to find a better life. Coming as laborers to America they toiled for a dollar a day in the sweltering Sacramento Delta farmland, and built foot-by-foot railroad tracks spanning a half a country. This is the resilient stock you descended from.

But out of concern and consideration regarding the COVID-19 situation, for the health and safety of our members and the broader community, we cancelled our March 18th meeting.

In keeping to our vision to share and educate, welcome to our first digital town hall meeting. We talk about our progress as an organization, future plans and upcoming speakers.

Please ensure your speakers are on, and on Youtube the volume is up to maximum

You may also download this presentation in several formats … 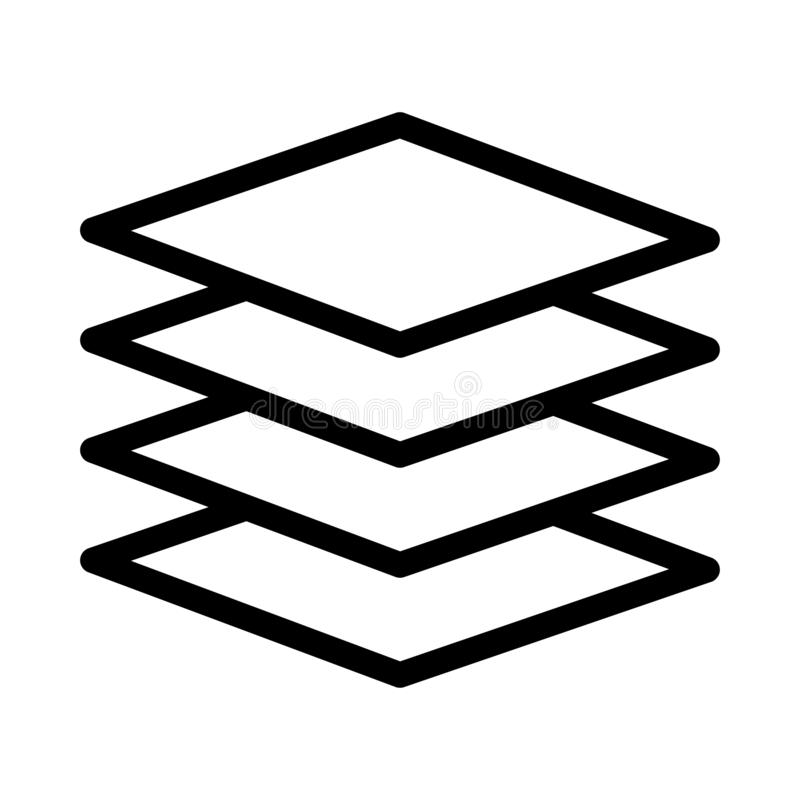 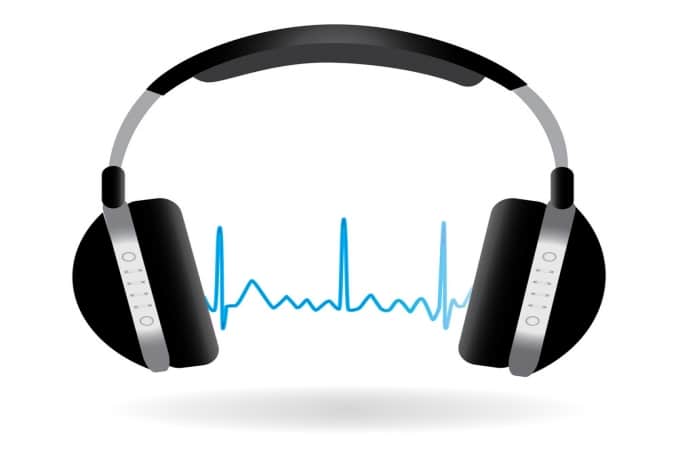 Let me know what you think about today’s digital presentation format, and if you like to see us digitally document sessions moving forward.

But in order to create these future digital resources, we need volunteers to help take photos (everyone has a phone camera/-) and video recordings (we have mic and cam). If you wish to assist, please contact Bruce Chin, bacgg.bruce@gmail.com to volunteer.

Be well with continued good health.

Ron has in his possession a number of A GUIDE FOR RESEARCHING YOUR CHINESE FAMILY HISTORY 2nd edition description CD’s, from the Chinese Family History Group of Southern California site

If anyone wants a copy, please contact Ron bacgg.ron@gmail.com mail . You can donate to the CFHGSC via links above using a credit card or paypal. You do not have to pay the $2 shipping charge if you accept it at the March 18th BACGG meeting.

This is a great opportunity for genealogists of all levels, or as a gift to a budding family historian.

Thank you one and all for joining us at the biggest EVER meeting January 15, 2020.

Web Design. Help us design a BACGG communications forum to share ideas and support others in their family history quest. We will use the site to host our Village / Surname database, post communiques and upcoming meetings, and post research of interest. Tentative structure is WordPress, but can be pure HTML if you think that is best. Contact bacgg.ron@gmail.com