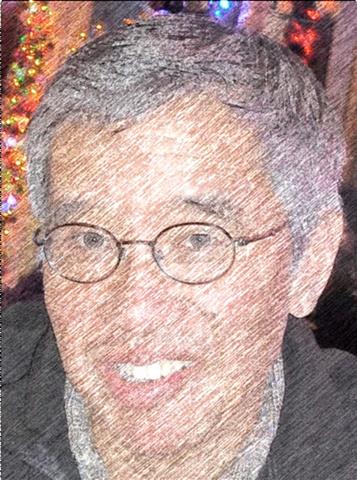 I have been involved in genealogy for the past 15 years, where my area of interest is recording oral history and developing best practices for using genealogy software for Chinese family history. I’m hoping to reach younger potential genealogists to ensure our work continues. I also hope to improve my connections with mainland Chinese relatives, and to digitize the analog genealogy documents (zupus 族谱), so our rich family histories can spread easier. I have always been active on the Chinese Genealogy Forum site, where I volunteer to help English speakers throughout the world discover their Chinese heritage.. At BACGG, I serve as treasurer, bookkeeper, accountant, webmaster, IT database and roster manager. Halloween 2019, I retired from my job for 40 years as an ER physician. My interest in taxonomy carries over from my former profession to genealogy. My website: Our Family Jiapu 家譜/家谱

My Relatives during World War 2

My dad was in the naval reserves on the west coast during WW2 and worked as a mechanic on PB2Y Consolidated Coronado wiki seaplanes (see attached) in San Diego. Deemed essential, he was not required to serve in a war zone.

My father-in-law was raised in Hong Kong when the Japanese seized the city. With a high school proficiency in English, he joined the Kuomintang (KMT Chiang Kai Shek’s Nationalist Army). KMT intelligence sent him back into the Hong Kong dockyards to interview the dock workers repairing Japanese ships and determining when ships would disembark. This information was transmitted to American submarines to ambush the ships. KMT handlers extricated him barely 24 hours before Japanese counter-intelligence planned to detain him.

Because of Henry’s language skills, General Dai Li 戴笠 wiki, head of KMT CIA, assigned Henry to SACO (Sino-American Cooperative Organization) wiki units. Henry liaised between the KMT and SACO US Naval personnel. SACO’s main job was to set up weather stations behind Japanese lines. This allowed US armed forces accurate prediction of weather events over targets. Henry’s operating region was in Fujian near the strategic Straits of Taiwan.

Uncle Don paid the ultimate price for service to his country. He was killed in action during the Aleutian campaign. It then dawned on me that most every remembrances in my club has been for veterans who survived the war. Those who were killed were usually young (Uncle Don was a newlywed) and did not have a chance to start their families; there are no immediate family to honor them. The war cut his life short.
To most members of BACGG, our immediate family who participated in WW2 would have survived; hence we would not be here as baby boomers writing our stories.
It is therefore important to especially share the stories of those who were killed in action. There might be no one else to remember and honor them. Merging Chinese family history and WW2, this emphasizes the importance of QingMing 清明 in Chinese heritage.

Uncle Henry was based in Lackland Air base in San Antonio, Texas for 2 years as a top turret gunnery instructor of four engine strategic bomber.

Uncle Allen served in the Army Air Corps. He was based with Curtis Wright in Lancaster, CA with an all Asian group working on special projects.

Uncle Ben served in the U.S. Army during WWII from November 1942 to August 1945. He fought in the infantry in the South Pacific and was a Private First Class. He was stationed on Bougainville Island (Papua New Guinea) in WWII.

From Uncle Sam’s daughter Candace (see below): During World War II, my dad enlisted in the US Navy …  He received basic training in San Diego where he received the rating of “Electric Welder” and was assigned to the San Francisco Naval Shipyard.  He earned “Shipfitter, Second Class” during his 12 months of active duty and was honorably discharged on April 8, 1946.  He used the G.I. Bill to complete his bachelor’s degree in accounting from Woodbury College in 1950.

Uncle Eddie served both in WW2 and Korea. In WW2 he was a flight instructor in Kansas. During the Korean conflict, he flew as an aerial artillery forward observer. He continued after the wars in aviation with NASA.

My relatives during the Korean Conflict

Uncle Jim served honorably with the 29th Regimental Infantry (Intelligence and Reconnaissance pdf ) based at a B-29 base in the Okinawan war zone during the conflict.

Cousin Wing manned an island listening post in the European theater of operations during the Korean conflict.

Uncle Bill was stationed in Europe during the Korean conflict at a listening post.

Uncle Fred did his basic training in Camp Roberts near Paso Robles, CA.

Cousin Pamela enter service in 1978 and was the Commanding officer for Supervisor of Shipbuilding (SUPSHIP) in first San Francisco, and then Commanding officer of SUPSHIP Puget Sound. She has retired from active duty with the rank of Captain.

From Cousin Candace: I enlisted in the US Navy as a commissioned officer (Lieutenant Junior Grade) in February 1982; attended OIS (Officer Indoctrination School) in Newport, Rhode Island for six weeks; and moved to Oakland, CA where I was assigned to be a Physical Therapist in the Medical Service Corps at the Oakland Regional Medical Center from 1982 to 1984. I was promoted to the rank of full Lieutenant after two years. After three years of active duty, I spent the next six years in the Naval Reserves (Naval Hospital at Camp Pendelton and Long Beach Naval Hospital) at which time I was promoted to Lieutenant Commander. I was honorably discharged on July 1, 1991…

Any comments will be emailed to Doug Joe